Our work at BloomBoard has taught us a thing or two about what helps K-12 educators get their jobs done, and done right. With the Teacher Excellence and Support System (TESS) and Leader Excellence and Development System (LEADS) already in place, Arkansas is collaborating with BloomBoard for the 2014-2015 academic year to increase the impact of its teacher effectiveness programs.

BloomBoard to present at 2014 STEM Summit

BloomBoard has been selected to present at the 2014 Pittsburgh STEM Summit!
Taking place on August 28 th at the Carnegie Science Center, the event aims to bridge the gap between education, innovation, and industry-led solutions. 14 unique presentations will be featured on real solutions directed at enhancing teacher professional development, encouraging student engagement, and providing learning opportunities in traditional and non-traditional environments.
Click the event banner above to learn more! You can register for the summit here.
Read More

A Tribute to a Great Soul: Maya Angelou 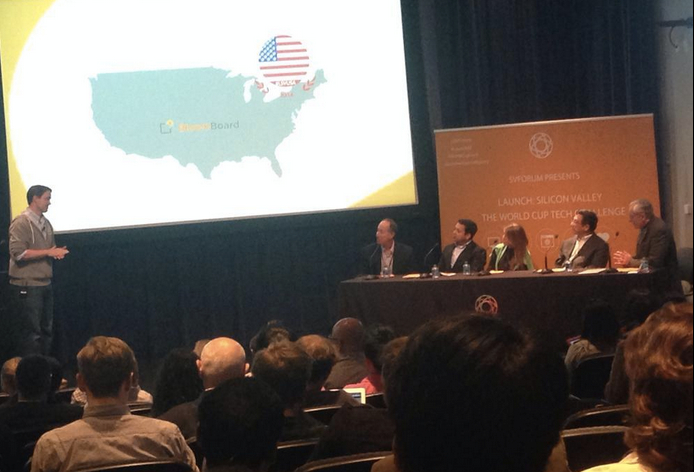 We are pleased to announce that after months of preparation, BloomBoard has taken home the EdTech crown from last night's Launch: Silicon Valley 2014 World Cup Tech Challenge, held at the Microsoft Campus in Mountain View, CA. BloomBoard was among 30 startups from 15 countries competing in five Tech Groups - Digital Media, EdTech, HeathTech, Next Generation Technology, Enterprise Software - for this year’s tournament.

Launch: Silicon Valley is a competition held annually by SVForum, a San Jose nonprofit organization, to connect the best tech startups from around the globe with VCs, angels, corporate venture and corporate executives. Each startup gets four minutes to pitch their companies, and then demonstrate their products to a panel of judges comprised of top Silicon Valley and International investors. After a brief Q&A session with panelists, winners are selected in each Group based on a roundup of points given by judges, online votes, and audience votes.